Protection of the coastal zone: Interview with researcher César Andrade 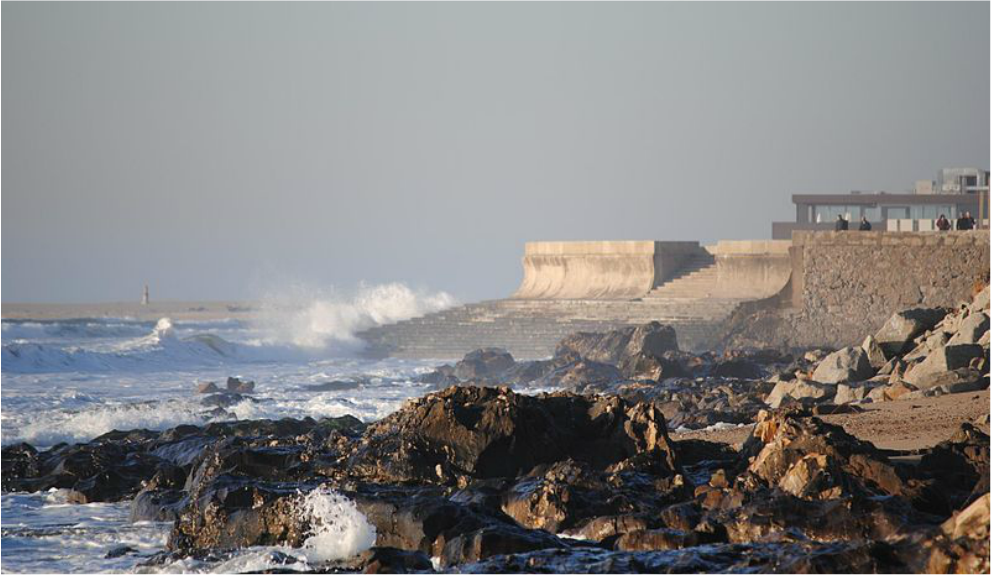 Under the Clima@EduMedia project, we interviewed via Skype, César Andrade, professor at the Faculty of Science of the University of Lisbon, who specialises in coastal geology. Throughout the interview questions regarding coastal erosion in Portugal were raised, specifically in the North of the country.

Jornal Impressões (JI) – Which are the areas in Portugal that suffer most from coastal erosion? In the Northern region, is Vila Nova de Gaia one of those areas?

César Andrade (CA) – There are several hot spots on our coast, and several points in the North of the country. For instance, the beaches of Aguda and Granja, constitute eroded sites. But there are very complicated areas, for example, in the South, in the Barra de Aveiro, with a set of beaches facing the ocean and forming a sandy cord that extends south, which is, at present, rapidly retreating. There are also problems nearby, in Costa da Caparica, a problem no doubt, though when compared with the erosion occurring on the west coast, particularly in the Northern coast, the former are relatively small. Moreover, there are also some points of coastal erosion in Algarve’s beaches.

JI – We know that one of the ways to protect our coast is the artificial nourishment of beaches. Can you enlighten us about this process and explain to us what it is?

CA – Artificial nourishment is a work of engineering. It is more familiar, among us, to address the process of coastal erosion through heavy or rigid construction. One example is the structure of Aguda. If you turn on Google Maps or Google Earth, and select the region of Aguda, you will see that there is a rigid land structure retaining sand (breakwater). This sand retention, which is intentional (that's the purpose of the structure), consequently leads to the erosion of the other side of the same structure.

Artificial beach nourishment is an economically competitive solution, in terms of costs, because, contrary to what one may assume, rigid or heavy defence constructions are costly and, furthermore, have very high maintenance costs. Nowadays, to replenish a sandy beach is mainly to restore a coastal system with sediment deficiency that for whatever reason is affecting this same section.

We can consider, for example, the section I’m more familiar with: Costa da Caparica. It is eroding. And why is it eroding? Because nearly 40 or 50 years ago sections of sand were removed, that is, dredged* from that system, and used for construction, for sale, etc., and that sand is lacking in the system. As a result, ocean waves that need solid cargo, that need sediment to saturate their transport capacity were deprived of that amount of sediment and got it from the coastline and the result was a coastline retreat and, therefore, erosion.

Now, a good solution to try to alleviate this problem is to replace the sedimentary cycle, i.e., obtain sand that comes from outside of the system, place it on the beach and then let the waves carry it to where it is lacking.

JI – What other solutions and methods are in place in Portugal for the protection of the coastal zone?

CA – As previously mentioned, there are solutions for the defence of the land bank through the implementation of rigid structures. Today, a more interesting long term solution is being considered, namely the removal of the population and the shoreline properties, just as you do whenever a dam reservoir is flooded. And not far from you is the Gerês and the dam of Vilarinho das Furnas, as you well know, a submerged village. This village was submerged when the dam was filled and the people who lived there had to be moved (had to retreat) to make way for the reservoir. I think that in some points on our coast this solution will not be at all viable regardless of the intensity of the erosion process, but there will be others where the costs of removing people and property will be lower than to intervene to try to stop coastal erosion.

JI – And in the northern coastal zone, are some of these methods being applied?

CA – I must confess in all honesty that I barely know the northern coastal area, but there have been some alterations in what regards nourishment. I do not know exactly where rigid coastal defence structures are being fundamentally applied. At the present time, there are plans to manage the coast and the absolute necessity, when these plans are revised, to draw safeguard tracks or risk ranges, in other words, draw tracks in the coastal territory that should not to be occupied in the future and enable the activity of annual processes. Such measures are currently being implemented.

JI – There is also a project in Portugal called POLIS which has been applied in various parts of the country including here in V.N. Gaia, are you aware of this project?

CA –﻿ I only know some interventions of POLIS in the region of Lisbon, and unfortunately do not know the region that well and what happened with the POLIS in the Oporto area.

This work was carried out under the Lightning Training held on the 18th, 21st and the 25th of May 2015 at Escola Secundária Dr. Joaquim Gomes Ferreira Alves (High School), in Gaia. Students developed media content based on interviews with experts in various fields related to climate change and research on the subject.