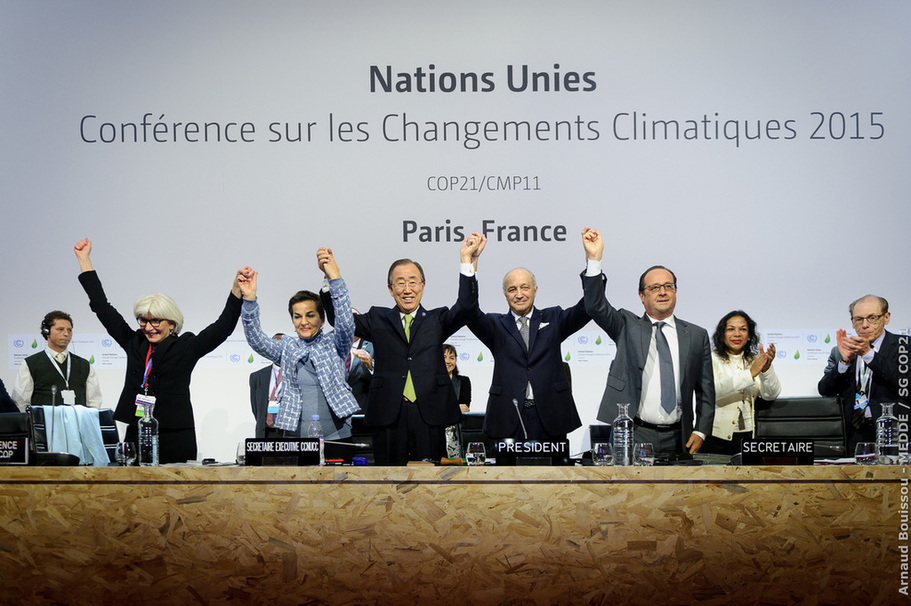 “A major leap for Mankind”, to François Hollande, or “The best chance we've had to save the one planet that we've got”, in the words of Barack Obama. These have been some of the reactions to the Paris Agreement that resulted from COP21 – 21st Conference of the Parties to the United Nations Framework Convention on Climate Change.

After two weeks of arduous negotiations, the parties finally reached an agreement that aims “to strengthen the global response to the threat of climate change, in the context of sustainable development and efforts to eradicate poverty”.

There was much applause, excitement and even a few tears when, on the 11th of December, 195 countries agreed on a final text, even more ambitious than initially expected, in part legally binding, but also based on voluntary commitments.

According to the Paris Agreement, countries commit to keeping the increase in the global average temperature to below 2°C above pre-industrial levels. However, the agreement goes even further, saying that efforts must be made to limit the increase to 1.5°C as a way to “significantly reduce the risks and impacts of climate change”.

This agreement also includes a long-term goal regarding GHG emissions, pointing towards “emissions neutrality” after 2050.

Developed countries are expected to be ambitious in their contributions through internal mitigation measures, which should be reviewed and reported every five years, and there is a successive progression of these efforts over time.

At the same time, the agreement recognises that developing countries will take longer to achieve these goals and will need financial support. A fund of 100 billion dollars was settled to help these countries adapt their economies.

Adaptation on the agenda

In addition to mitigation, which is the progressive reduction of greenhouse gas emissions, the Paris Agreement highlights adaptation, explicitly stating that countries should “recognise the importance of reducing the loss and damages” associated with climate change, including adverse events. Each country is periodically expected to present and update their adaptation measures to “strengthen resilience and reduce vulnerability to climate change”.

The development and transfer/dissemination of technology to increase resilience and reduce greenhouse gas emissions is another strong point of this text, and is expected a reinforcement of cooperation and investment accordingly.

The Paris Agreement also provides rules of “transparency” – a system to track the progress of countries in a “non-intrusive” and “non-punitive” manner. The aim of this measure is obviously to scrutinise China's efforts.

The fulfilment of this agreement will represent the end of the fossil fuel era and the beginning of a new era, based on a green economy without carbon.


By: Cláudia Azevedo
​
Powered by