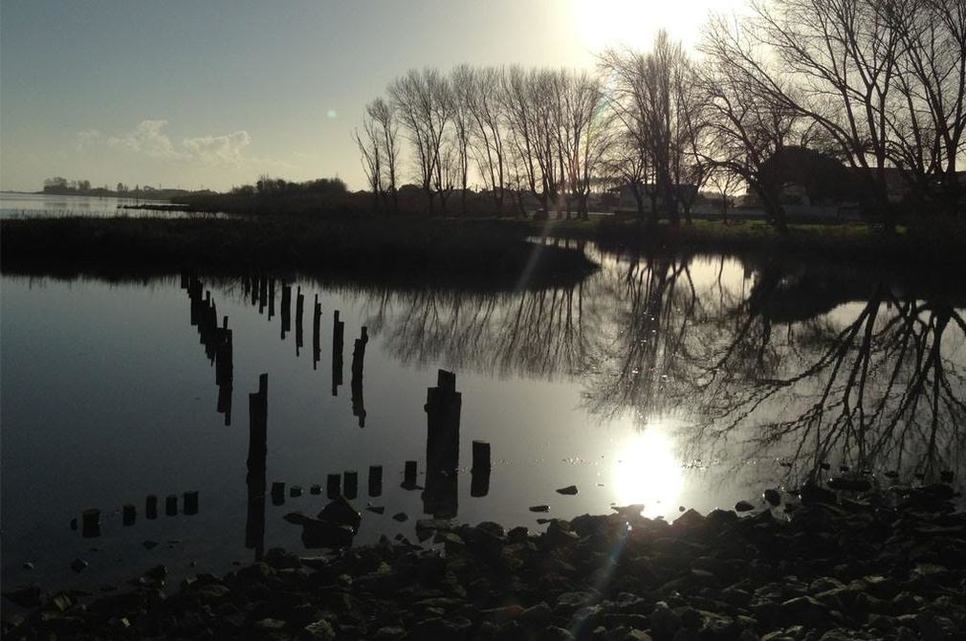 Nowadays, climate change affects several areas of our planet, namely maritime zones. To ascertain the impact of these changes in this type of ecosystem, Ana Lillebø, a researcher at the University of Aveiro has given us some of her time to answer our questions regarding this issue.

Jornal Face ao Douro (JFD) –  Given that some lagoons represent important areas of an ecosystem, since they are sites of transition and reproduction of various species, how does climate change affect biodiversity in these regions?

Ana Lillebø (AL) –  What I can say is that some coastal lagoons are vulnerable systems because, in what concerns climate change, coastal areas are more exposed to the so-called high-energy events such as storms, rising sea level and ocean acidification processes, and this may alter the habitats of these coastal environments. Therefore, So I cannot say exactly whether it will increase or decrease biodiversity but there will certainly be changes in the conditions of these coastal areas, and thus, there may be changes in these habitats, favouring certain species in comparison to others.

As a matter of fact, conditions may be favourable to the appearance of invasive species (*) that will transition from one habitat to another, if these habitats are more favourable. This is for the medium and long-term since there is a climate change issue, which is the temporal scale we are discussing.
​
Most climate scenarios are made for the mid-century or the end of the century. At the moment, the effects we are feeling are those resulting from extreme events such as large floods and severe storms that can have a direct and immediate impact on lagoon areas.


JFD –  To what extent can we say that lagoons and ponds are important nesting areas?

AL –  You know that those systems are called nesting regions, that is transition areas between freshwater systems and marine systems. In these systems, there are migratory species that live in the sea and go up rivers to breed, and vice versa, which means that in these transition zones, there may be a large overlap of habitats. There are also resident species and marine species that breed in estuarine and coastal lagoon areas, which means that there is great diversity. Furthermore, estuaries and coastal lagoons have areas of calmer hydrodynamics populated by seagrass meadows where species can find refuge and protection to place their spawn. In addition, these are very complex habitats, allowing animal species to camouflage or hide from predators, which means that these are very favourable habitats and are considered nurseries or maternities. Moreover, these areas are rich in nutrients.

JFD – With climate change and all the consequences that arise from this problem, what kind of effects, in addition to the effects studied in biodiversity, can it have in lagoon environments?

AL –  In addition to the effects on biodiversity, we can also designate the effects of climate change on ecosystem services. Ecosystem services are all the attributes that we can remove from the ecosystems and that ensure human well-being. We may be talking about services such as food (fish, seaweed) or cultural services (recreational activities). Consequently, when we affect the base, including the ecosystem and biodiversity, there will be a set of repercussions in all associated human activities. On the other hand, because we know there is a huge human concentration in coastal areas in Portugal, these too might also be affected.

JFD – What measures can be taken to alleviate this problem?

AL – In terms of climate change there are two joint actions at a national and international levels, namely: climate change mitigation and adaptation to climate change, and here we are talking about adjusting the territories and populations in an attempt to minimise the impacts of climate change. In terms of adaptation, the trend has been to use so-called solutions based on nature, such as green infrastructure. These solutions are used, for example, to increase the resilience to extreme events, such as large floods that cause overflow. For instance, we can regulate the hydrological cycle through the reconstruction or creation of a wetland. Here, we are using a natural solution that is, we are reproducing natural processes already existing in nature.

​(*) Under the Convention on Biological Diversity, invasive species should be understood as that which, coming from a certain region, penetrates and acclimatizes in another area where it was not found before, proliferating without any control and starting to pose a threat to native species and the equilibrium of ecosystems that will occupy and turning it into its favour.

This work was carried out under the Flash Seminar held on the 21st and the 28th of October 2015 at Escola Secundária Diogo de Macedo (High School), in Gaia. Students developed media content based on interviews with experts in various fields related to climate change and research on the subject.
Powered by